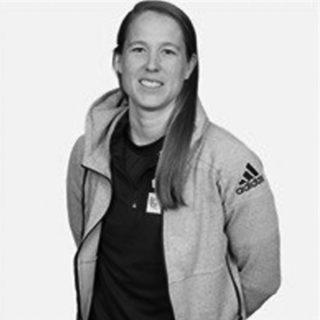 Lenie Onzia is a football coach at the Women’s Football Acadamy (WFA,Leuven). At this time, she combines coaching with playing football herself in the Belgian Scooore Super League for OH Leuven and the Belgian Red Flames (national team, 56 caps). After graduating from a Master in Movement Science, playing football abroad (for FC Twente and Arsenal FC) and representing her country at the WEURO 2017 she shows her passion for the development of Women’s football through the ‘Yellow Flames’ -project, which is part of the WFA. As a player she won the Belgian and the Dutch title, the Belgian Cup and played at the UEFA Women’s Champions League.

Explaining the origin of the Women’s Football Academy in Belgium (Leuven). Why, what and how?

An insight in the style of play with our U15 and U16 teams. How can every player grow individually while understanding and learning the teamtactics. Trying to prepare the players for their future needs.