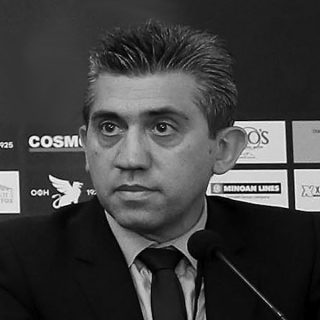 Manolis is Head of Communications at OFI FC since October 2018. He has a quite impressive background in journalism, as he has worked in large broadcasting channels such as Alter, Alpha, and Novasports as well as Newspapers like Sportime, Score Live, Karfi, sportaction.gr and novasports.gr from 1999 until 2018.

He has been awarded in 2017, for the production of the documentary for Evgenios Gerard’s life and in 2019, for the Mini Movie titled ‘’Trust the process’’.