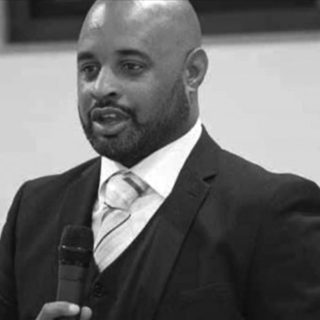 Ryan Gordon is the 1st qualified football coach in the world with MSc Hons Applied Positive Psychology and Coaching Psychology degree following a BSc Hons in Sport and Exercise science received from the University of East London. Ryan is looking to completing his hat trick of academic studies by receiving a PhD.

A UEFA qualified coach, Ryan is trained as a positive psychology coach, emotional intelligence practitioner, Strengthscope practitioner and NLP coach-in-training and has over 20+ years coaching and recruitment experience in grassroots, academy, semi-professional and professional football and has scouted and recruited players with a combined market value of £20million+ who have gone on to play Championship, Premier league and international football. Ryan recognises that it’s not just mastering how to win the game of football, it’s how well you connect with the heart beating players and coaches you’re trying to help and communicate your understanding to them.

Ryan is widely known for his ability to empower and inspire players, coaches and teams via his coaching and speaking engagements and was nicknamed ‘the glue’ by former Wolves FC Premier League footballer George Elokobi for his ability to encourage and motivate players individually and collectively as a team.

Having held a number of recruitment, coaching and senior positions within academy and 1st team football, Ryan travels regularly to Europe, Canada and the United States to discuss the culture, wellbeing and performance of players, coaches and teams. Ryan has worked at clubs such as Arsenal, Norwich AFC Wimbledon and Barnet FC to name a few with study visits to Barcelona, Valencia, Inter Milan, Le Havre and FC Twente.

Ryan is founder of his own coaching and consultancy company Through The Thirds which aims to improve the wellbeing and performance of players, coaches and teams from grassroots to international footballers helping to turn potential into performance and performance into results.

Ryan will be introducing positive psychology which is the scientific study of wellbeing and performance of players, coaches and teams.

Ryan will introduce a model for wellbeing which will include topics like positive emotions, engagement, relationships, meaning and achievement.

This session is applicable to grassroots, academy, semi-professional and professional football, coaches and teams.