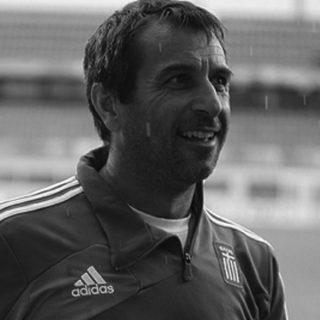 Theodoros Eleftheriadis was born on September 7, 1969 in Thessaloniki. He is a Sports Science graduate and holds a UEFA Pro Licence . He has successfully served as technical Director in the Αcademies of Iraklis, PAOK, Panthinaikos and Olympiakos two times. He also has been worked in National team(2011-2014, 2017-2019) responsible for the U15 youth team and assistant coach for U19 & U21 Youth teams. During his career he has educate & support many young footballers become professionals. One of his best skills is organizing an academy.

The key role of the coach in the modern training methodology of youth departments. The importance of collaboration between the coach and the departments of data collection and analysis . The importance of combining all these elements that define a useful, effective and essential training session. How the 2 concepts of analysis-composition are married in the development of a talent or a group taking into account the principles of individualization and long-term planning.