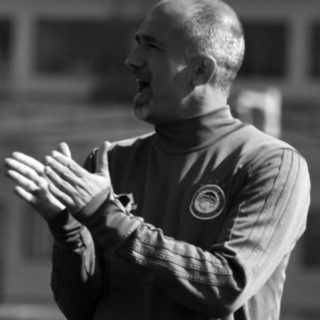 Dimitris Mavrogenidis is a former football player of Olympiacos F.C. and he played for the Greek national team. As a player, he won 8 Greek championships and 3 times the Greek cup.

At the moment, he is coaching the U19 and U16 at Olympiacos F.C. The past 3 years he was the head coach of U17winning the Superleague trophie in the 2018-19 season. He is awarded with the Uefa Pro licence.

The presentation includes the application of a periodised tactical model in U19, U17, U16. Additionally, Mr. Mavrogenidis will present different tactical strategies depending on the opponent’s style of play. His training philosophy will be discussed and common challenges in microcycle programing will be showed. Last but not least, he will present the application of his training manifesto and several tactics in real-game scenarios.